"I’m so hungry to work with Winona because she’s willing to cut me and be cut and we’ll bleed together. And that’s a rare thing."

#okay but can we get another interview like this? #because they are the friggen cutest #and also so intense? 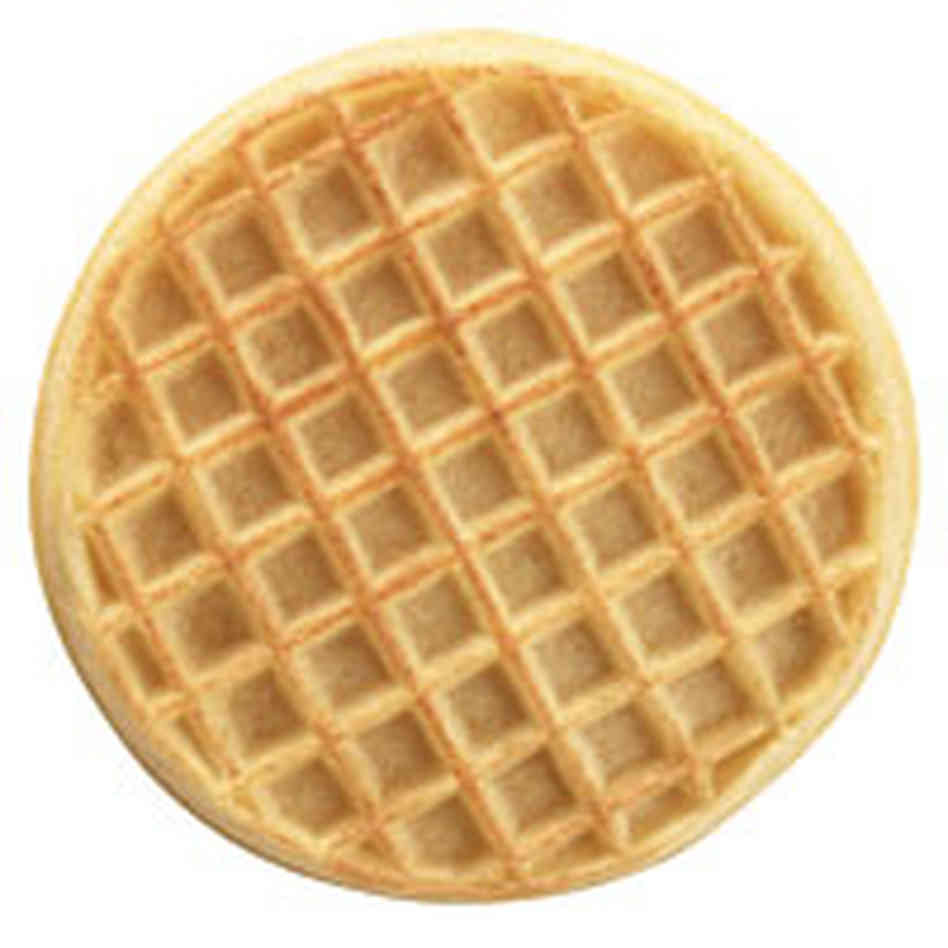 winona's bashful faces are what i stan for. woman you are iconic just own it. 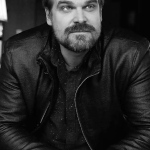 The best part of that entire panel was David checking in on his girl the entire time she was speaking. They didn't ask her hardly any questions at all but every time she did speak David was craning back to look at her and ugh I love that.

LOOK AT THAT. THAT IS A MAN WHO RESPECTS HIS WOMAN.

...not to mention the fact that she was talking about her teenage crushes on two other men in the room and he just sits there stroking his beard. 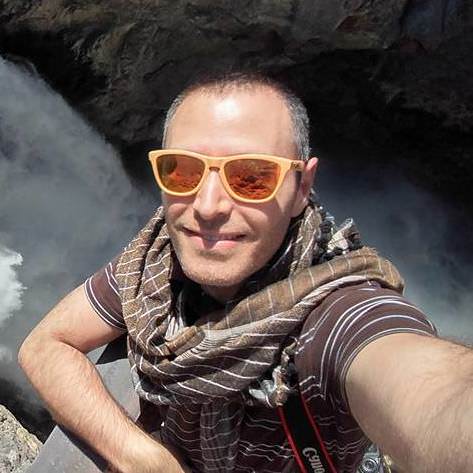 Hey Non, I emailed you a bunch of links of places that are must-sees in Egypt if you guys end up going.
yuri horowitz 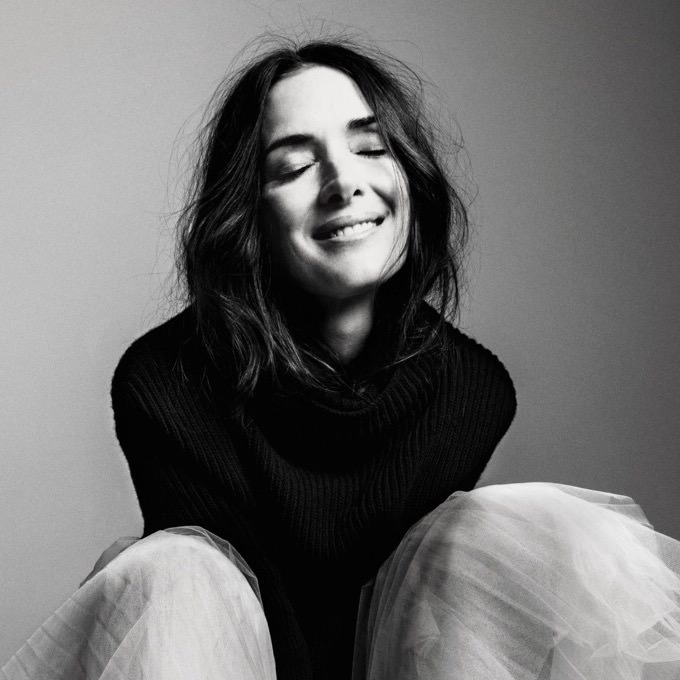 Mother. We went on ONE date. In eighth grade!
winona horowitz 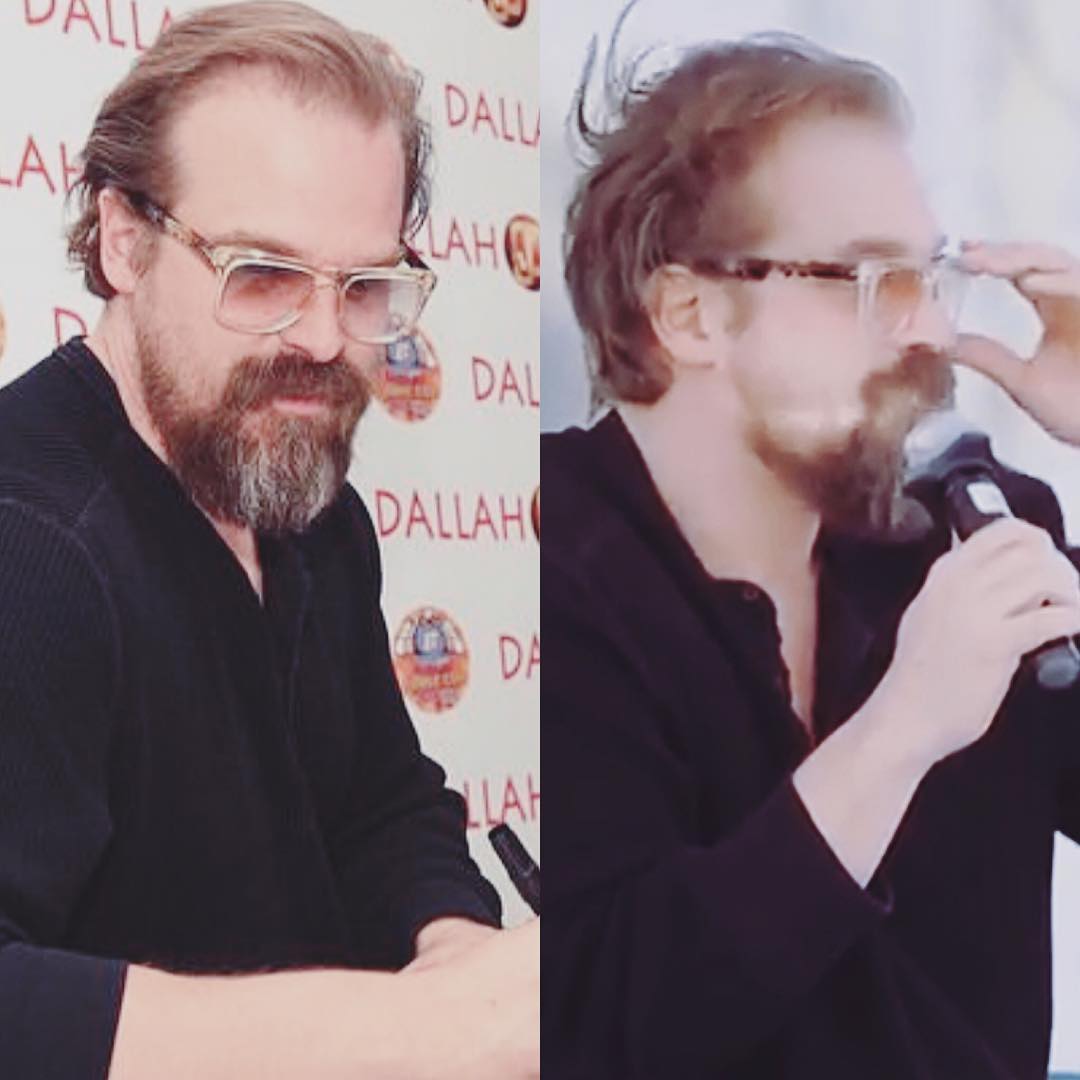 I MET DAVID HARBOUR TODAY AND I THINK I'M STILL SHAKING???? and i'm posting these pictures i took while in line instead of our terrible selfie because i was shaking so bad. in comparison this convention was pretty small, like hopper and mantis from the avengers were the headliners? but david was so kind and patient with every single person in line, took the time to listen to what they had to say, answered whatever questions they had without spoilers and honestly everyone i talked to who also met him had nothing but good things to say. the first day the panel was very typical of all of his other answers lately. but the second day made all of the waiting so worth it. seeing winona at the panel and having her answer a couple questions was so damn cute. like just watching them together you can tell how obsessed and comfortable with each other they are.

leaving the convention to go get a bite to eat we ended up following behind david and winona as they were leaving and honestly seeing them not on stage and without anyone really watching them felt like it was real, you know? they weren't playing it up for the cameras. he was right behind her with his hand on her lower back and i felt bad following so close but they are danona and i couldn't help it. and he kept asking her if she was okay and handing her his water bottle and rubbing her back. and then she gave him THE cutest smile and took his hand and i have never shipped anyone harder in my life. 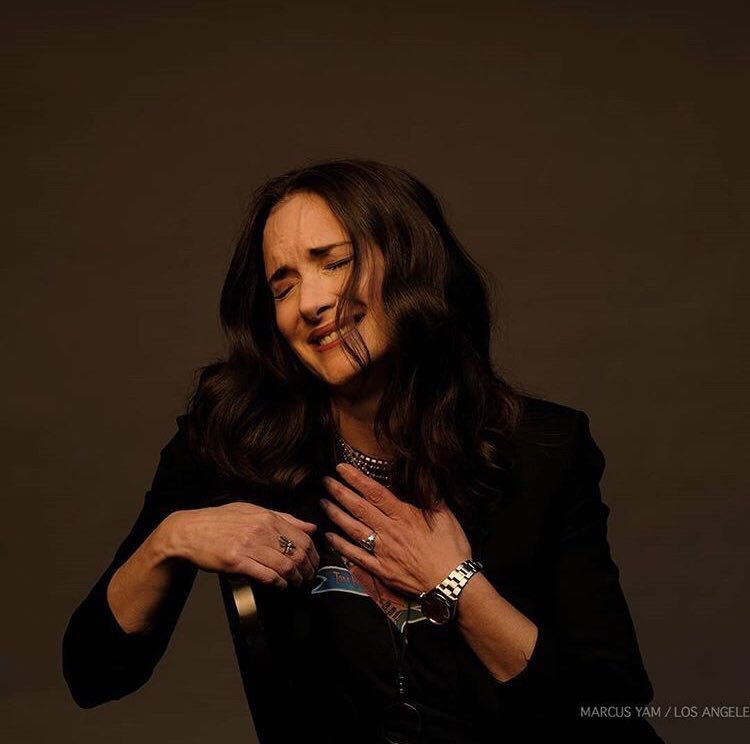 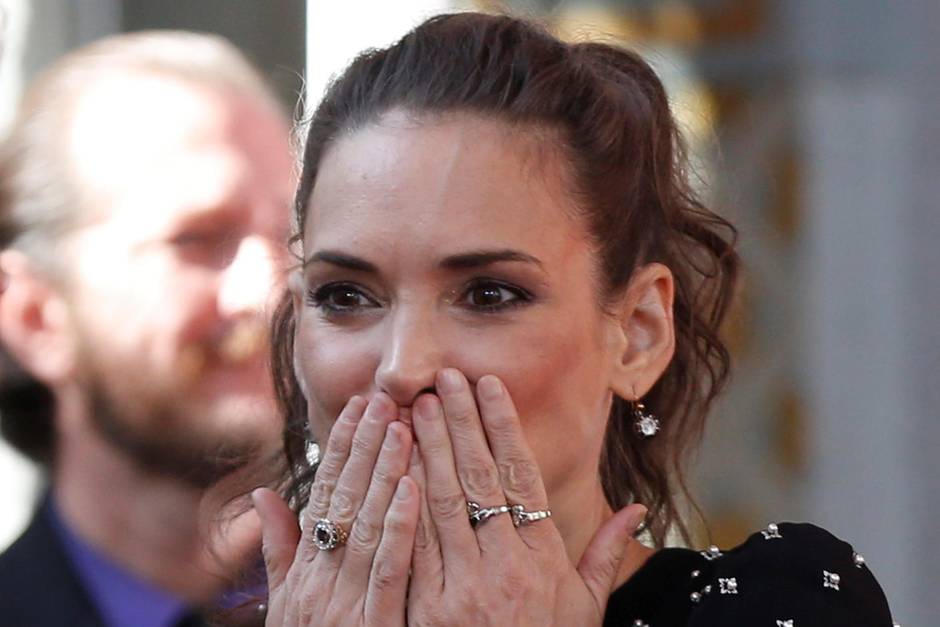 And another, look at those beauties! She's said she collects antique rings and watches and honestly I believe it because she's Winona Ryder and why the fuck wouldn't she? 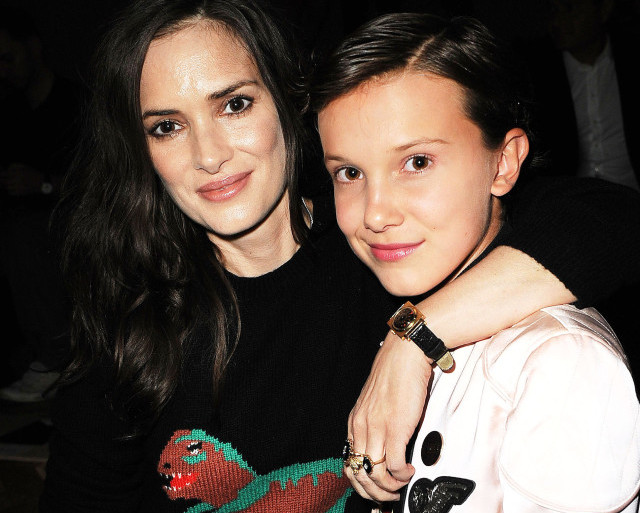 Look, her and Millie! Three on just one hand! And apparently she gifted Millie one of her favorite claddagh rings that Millie has been seen wearing ever since. Although who knows now that Millie has seemed to forget Winona's name altogether.. But that is a discussion for a later date. 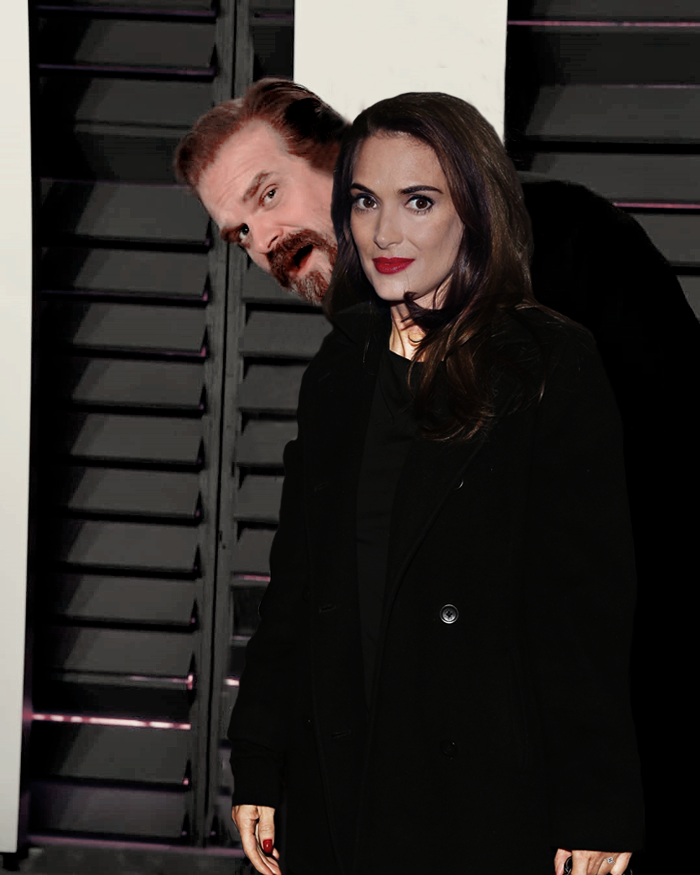 This is David Harbour being a typical nerd at the Vanity Fair Oscar After Party. Zoom that shit in. Do you see multiple rings on her hand? I ONLY SEE ONE. And to me it looks like it's just a diamond. Did David pop the question and not let us know?? Did Winona get a ring upgrade? It's not like she would spill the beans, the only time we see her lately is via David's Instagram.

#david harbour #winona ryder #uhhh did they get engaged? #i want this to be true and not just speculation #mr & mrs harbour #DAVID JUST SAY SOMETHING ABOUT YOUR FUTURE LIL MRS #COME ON HARBOUR WE ARE COUNTING ON YOU

sourcherry267
Stranger Things Roundup
Have your favorites been hiding in the Upside Down (cough Winona cough) or have they been running around Hawkins? Scroll through and find out! 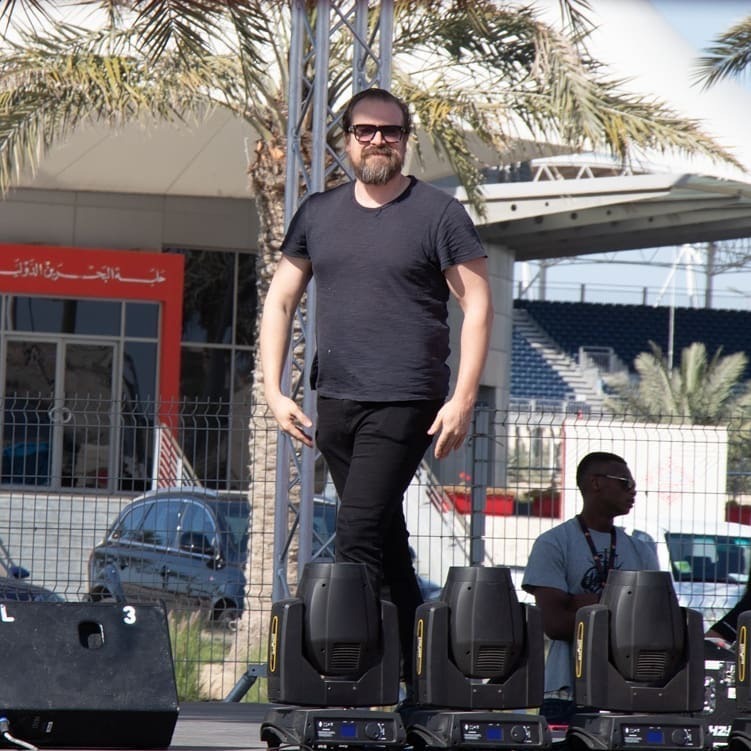 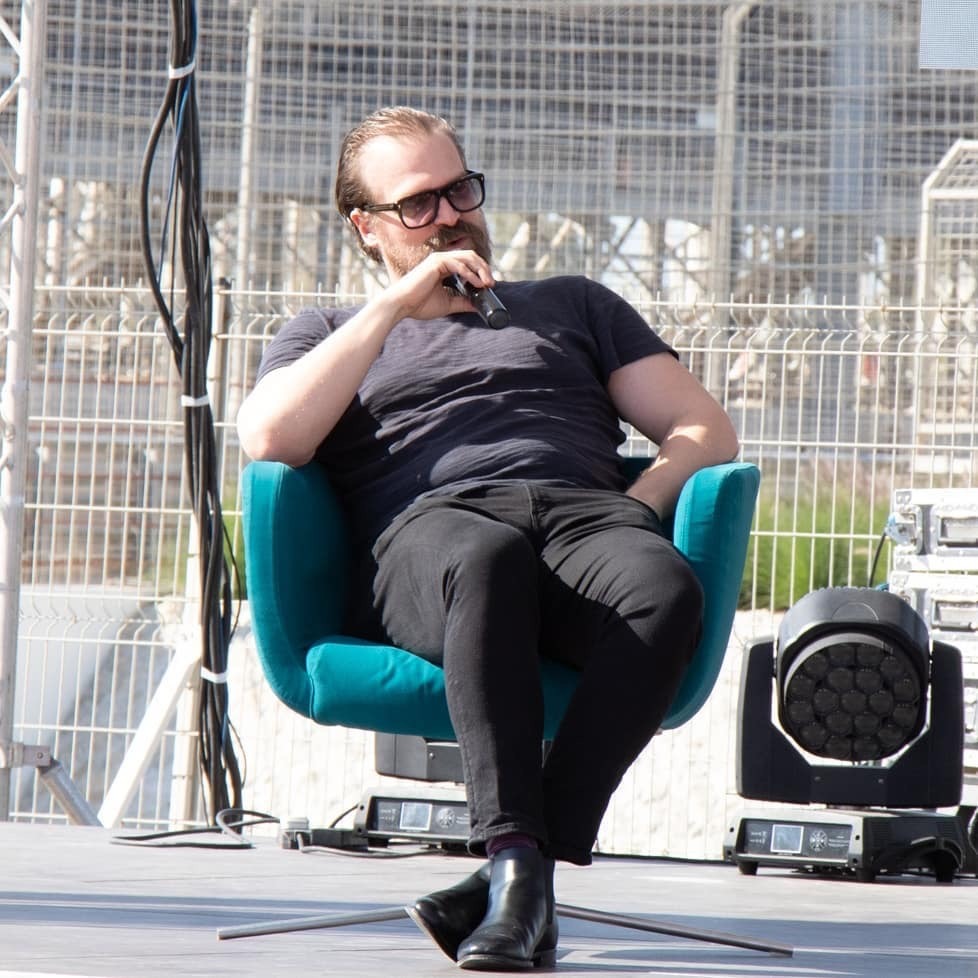 David Harbour, best known for playing Jim Hopper, wowed the crowd at a Comic Con in Bahrain when he brought his girlfriend and co-star Winona Ryder on stage with him on day two of his lineup. Winona so far has not attended any conventions for Stranger Things (maybe getting passed over for an Emmy will do that?) and according to a number of fan accounts the actress joined David on stage after being asked about Jopper. According to these sources there is also mad speculation that the couple quietly got engaged after they made an appearance at the Vanity Fair Party together. 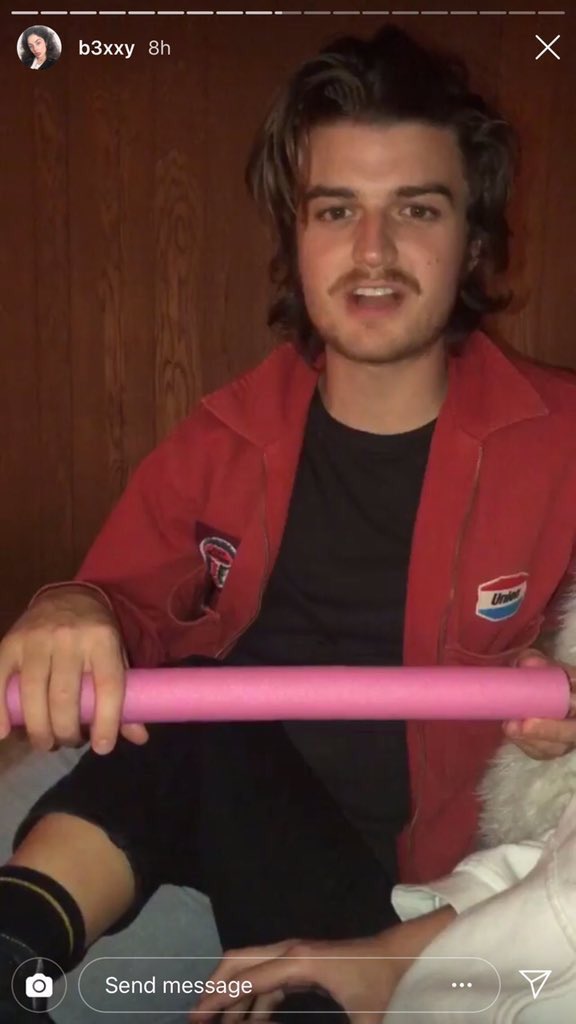 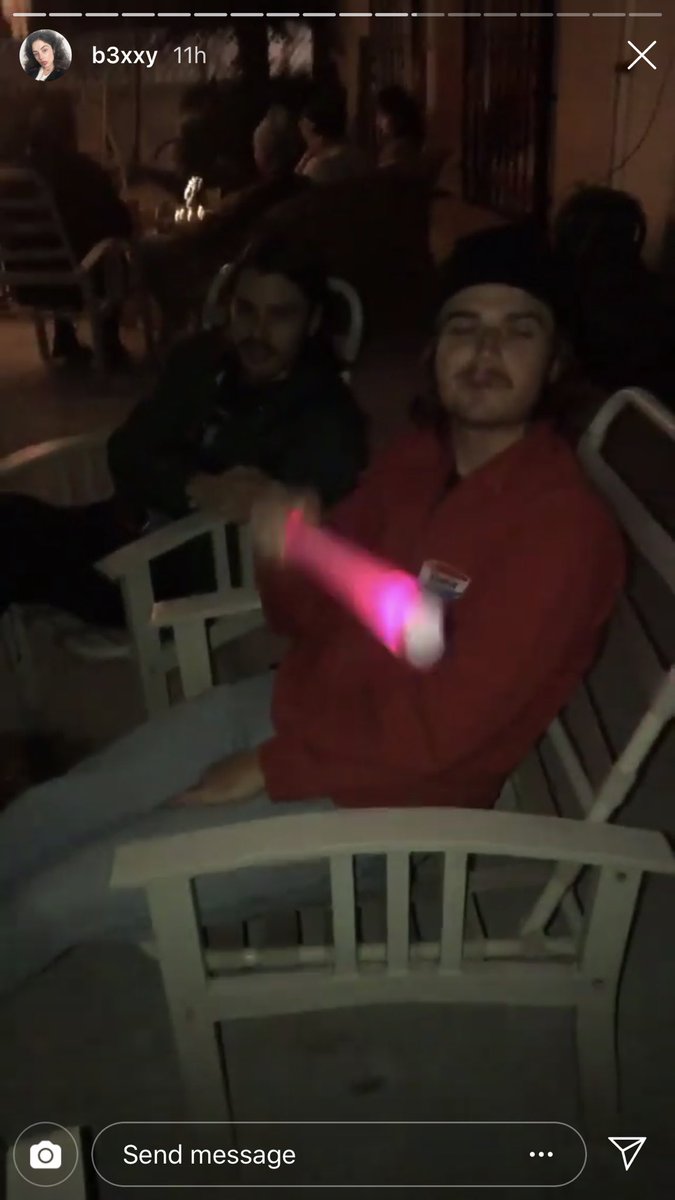 Heartthrob Joe Keery has been seen with the world's worst mustache, from birthday parties to him actually attending conventions and everything in between. David should tell him that it looks terrible because fuck it looks terrible.

( More behind the cut: Natalia and Charlie are adorable at the premiere of Velvet Buzzsaw, Sadie Sink is Kate Spade's new ambassador, MBB continues to be insufferable, etc )

Sources: Me, extensive social media research, and too much time on my hands

ONTD, what are you hoping for Season 3 of Stranger Things? Do you have high hopes? Do you think Winona is off the market?