In tears, Christina King pleads for peace mid-performance...
Capital FM
Christina King stops her first-ever Shanghai show and cries as she begged fans and security for calm.
Touring in China Remains Unpredictable As Gov't Keeps A Watchful Eye on Music Industry
Billboard
After a brilliant debut Chinese performance in Guangzhou, a bizarre incident at Christina King's performance Sept. 12 in Shanghai highlighted the ...

- Fans saw them actually hanging out during the race, presumedly cheering for Kapadia

- Who knew they knew each other??

- Christina also performed with Leon at his show


In case you didn't know. This is Zaia Davila, one of the biggest popstars in the world.

This is Christina King, also one of the biggest popstars in the world.

Once upon a time, they were friends and they were posting photos and videos of each other on social media, teasing a new collaboration. Then it leaked! The internet was SHOOK.

But then... they stopped referencing it. And the song never showed up on Zaia's new album, Sweetener, like she promised.

Zaia is all over Instagram and Twitter liking any references to Christina's latest music video for "Electricity" allegedly being a copycat of Azealia Banks's "Anna Wintour."

WHAT HAPPENED??? WHERE IS OUR MAGICAL POP COLLAB??? 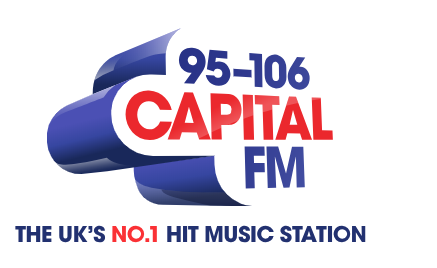 Christina King plans to release the super deluxe edition of her self-titled album, Christina King, with not one, not two, but FOUR brand new songs including the already released "Electricty." Newer tracks include a confirmed collaboration with South Korean supergroup, BLACKPINK, called "Kiss and Make up," as well as two other songs called "Running" and "Want To." 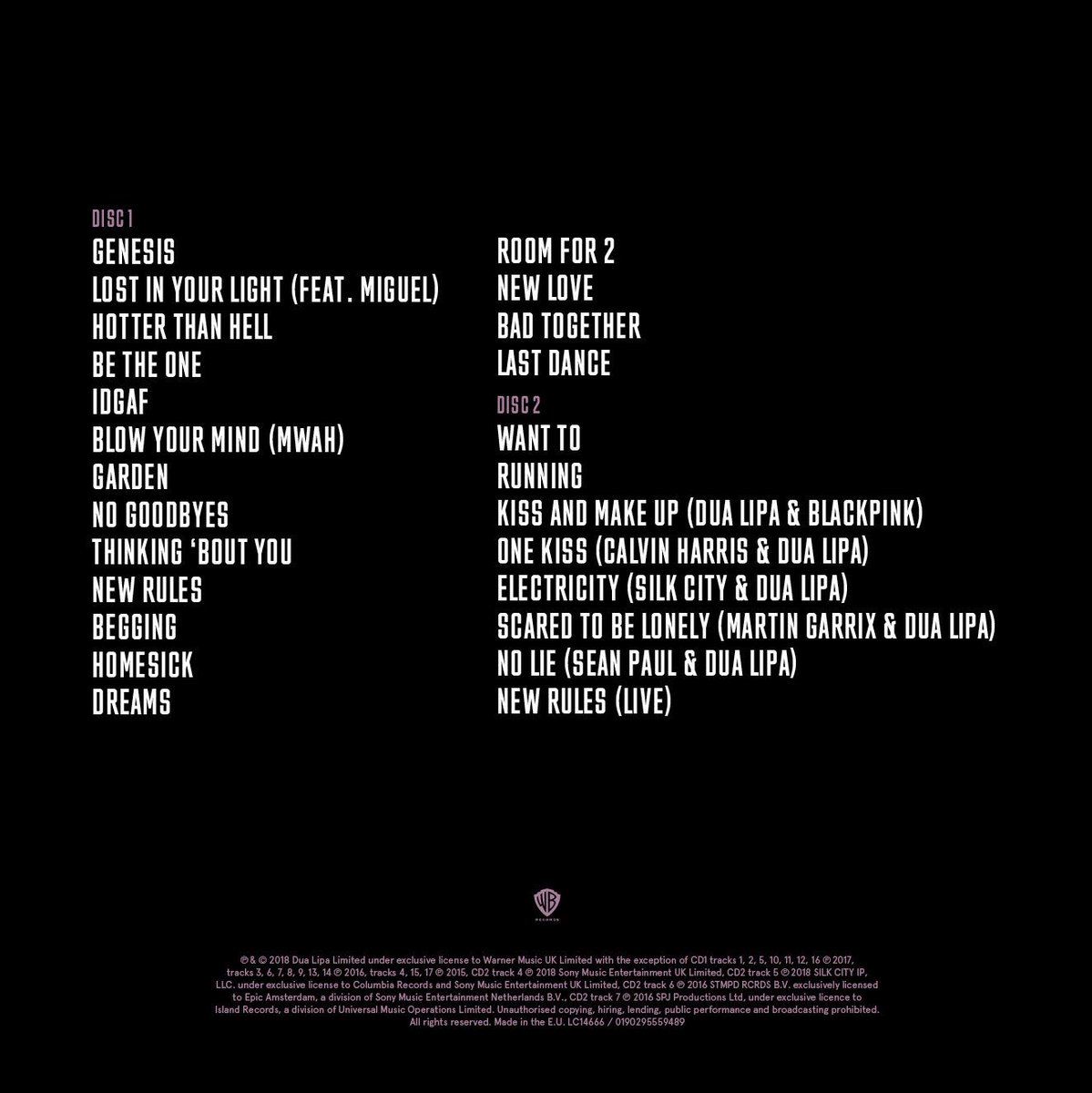 After that, King has confirmed she's already begun to work on her sophomore album, which she has described as "music you can dance to and purge all of your heartbroken and disappointed emotions."

When asked at her recent performance at the Jaguar launch party, King said she was most inspired by how the human body reacts to negativity and how she finds recovery through music and dance.

"It's a bit sad," she said, "but I write my best when people push me away or things don't work out in my favour. It's better, I suppose, because I can turn bad things into something beautiful and share it with someone who might be looking for the same sort of comfort."

While there are no confirmed collaborations, if her self-titled album was any indication, we can expect to see a star-studded line up of producers and djs.
2019 Plans

Has Christina made any decision on how much she wants to do next year? Can we count on her to put out her next album?

It's best if we do minimal amounts of travel next year. She'll deliver the first cut of her album on time; I'll make sure of it. Chrissi has to focus on writing and recording so we can't let her get distracted. You know how she is when she's around other artists and her friends.

My only exception is if you can lock in Coachella. It's worth sending her there for the boost to her reptuation and brand. Have you got an update from them yet? She's been asking if she'll get it. Remind them that she's one of the highest streaming artists in 2017 and 2018. They need someone with a fresh sound and relevancy.

Handle it as you want, but know this is the limitations we have to play within. You can release a strong statement condemning what happened and in favour of LGBT rights, but the Chinese government will not take kindly to it. Unless Christina outright supports Taiwan or Tibet or the Dalai Lama in the same breath, it's unlikely they will fine her or ban her from future tours. Let's not antagonise any more than we have to unless you are okay with losing the Chinese market.

Per my discussion with Michael, I recommend keeping tighter reins on Christina over the next week, particularly as she heads to Taiwan for her last show in the region. Christina's father is Taiwanese, isn't he? The last thing we want to do is send a message back to China that we are criticising them in favour of Taiwan, or that Christina is in favour of independence by taking pride in being Taiwanese. Especially ensure that she does not wear anything with a sunflower. I will refer you to Katy Perry's incident last year. She is no longer welcome in China as a result. Christina, being of partial Taiwanese descent, will probably face further scrutiny.

Now, there are plenty of examples of musicians who have chosen not to follow China's censorship laws and have not suffered greatly due to it. As long as we move strategically once Christina is out of China, I don't think we will have much to worry about.

Thank you for your guidance, Richard. Christina's terribly shaken up over everything. Is there any way for us to find out what happened to the fans who were taken away? Can we pay for any medical bills if they were seriously injured?

Michael, let me know if you disagree, but I don't think we're ready to give up the China market yet. Christina is too new for that kind of risk. Katy Perry and the others were able to do so because they had an established career already.

Elizabeth, can you draft a statement for Christina to put on Instagram? Make it vague enough to demonstrate support for her fans and the LGBTQ community without being outright about it. Make it paletable enough that she'll agree without concern. As long as she feels that she's conveyed some kind of stand, she won't insist on being defiant. I'll explain to her the business reasons for it.

You don't have to worry about Christina showing any sort of Taiwanese pride. She doesn't want anything to do with her father. Just manage the other things.

I will do my best and follow up, but we are unlikely to find more information.

Do not release a statement until after Christina is in Manila.

Izzy
Izzzz can you get me some coke and molly for Vegas???
christina king
Of course love. How much this time?
isabelle shaw
Idk whatever you got us last time?
Like I wanna have a good time but I'm not trying to get fucked up
Oh can you get the Holland presses? I don't like the American ones
Obv hide it where my mum can't find it. Thanks babe xx
christina king
Obv
Btw did you see the shit zaia is up to
isabelle shaw
No what's mumble queen up to?
christina king
Accusing you of stealing from Azealia Banks' mv idea
isabelle shaw
Omg she's so desperate for attention
Like miss me with that bullshit

Ooo actually can you also get me some shrooms and weed too??
christina king
How fucking hard are you going this week?!
isabelle shaw
Calm down mum. It's not just for me
Thanks babe xx
christina king
Mummy 👹
What time is ✈️ to bangkok tomorrow?
I wanna see Adrian before I go
christina king
Do not meet up with him, Chrissi. We've got to get up early tomorrow. You cannot risk looking tired and bloated the day after because he's gotten you into God knows what.
gemma king
It's just one night
christina king
It's never just one night.
Chrissi.
Do not post anything on Instagram without showing it to me.
Do not let him post anything either.
gemma king
👋🏼👋🏼
christina king
Mummy 👹
Who are you requesting backstage passes for?
gemma king
❔❔❔
christina king
At the iheartradio festival. Vegas. Who is it for?
gemma king
A friend
christina king
Who? Which friend?
gemma king
You don't know them
christina king
Christina Olivia. Who is your friend? You know you can't be distracted while you're on stage.
gemma king
I'm not going to be distracted. I've just invited a friend to the show, that's all
christina king
Who?
gemma king
🦉🦉🦉🦉
You sound like an owl
I don't have to get my guest list approved by you
It's MY guest list
christina king
I'm your mother, Christina. It's my job to make sure you don't become a washed up footnote in last decade's musical one hit wonders.
Unless you'd rather be forgotten.
Go ahead then, fuck up your own life.
gemma king
Mummy 👹
There was fucking ROYALTY last night and you couldn't be BOTHERED to tell me ahead of time?!?
gemma king
It was nbd
christina king
Nbd
Your cousin being backstage is nbd.
Me being backstage is nbd.
The bloody princess of Sweden being backstage is A VERY BIG FUCKING DEAL.
Do you understand how big of an opportunity we've lost to publicise it? Do you understand how much more clout you could have over any of your peers?? ROYALTY, CHRISTINA.
This is why I should control your guest list.
From now on, no one goes backstage without me knowing. Got it?
I don't care if it's your assistant. If it's the Amazon delivery man. No one goes backstage without me knowing.
Now for the last time, which of your friends will be at your Vegas show?
gemma king
Social Listening Summary 17/9 - 24/9

Wanted to bring to your attention page 4. Someone's tweeting some threats, but seems to be a dummy account. We'll continue to monitor.

Sent from my iPhone

Don't bring this to Christina. She'll stress over it unnecessarily.